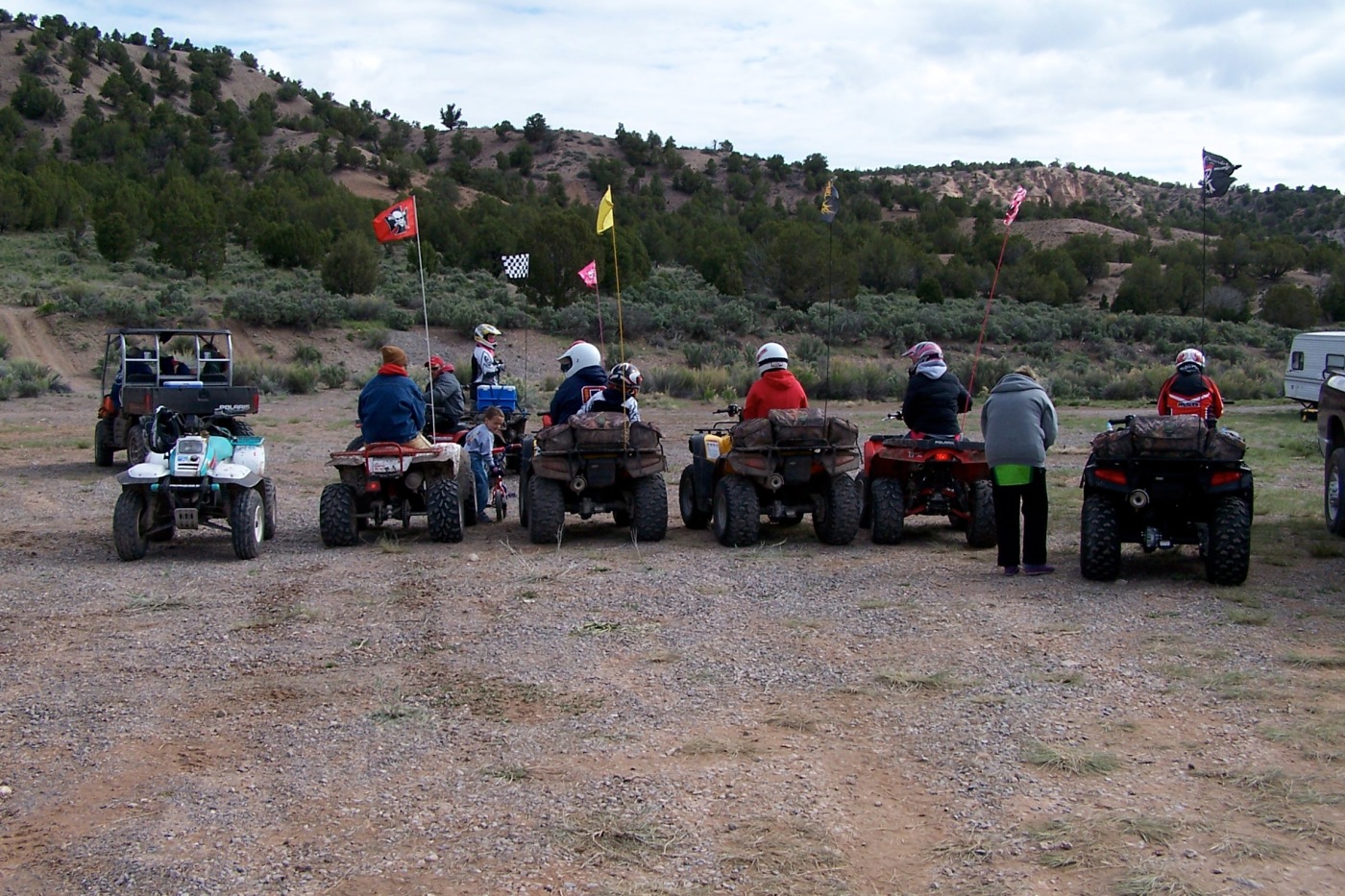 Fremont State Park, just off I-70, is a terrific jumping off point for hundreds of miles of ATV trails, an Indian museum, and home to several petroglyphs. Also, the place where I rolled a four-wheeler over my leg but we don’t talk about that.

This barren but beautiful place is high up in the mountains and, like many places in Utah, has wide variety of terrain and scenery. Spend the day in red rock canyons or ascend to the high mountain valleys and lakes. If you’re hiking and biking be advised you’ll be sharing the area with the above crazies. There’s a campground but plenty of out-of-the-park sites if you don’t need a bathroom. (I know everybody needs a bathroom. I’m just saying if you camp outside the park, bring your own or find a bush).

The museum is small but interesting, just don’t plan on killing a whole lot of time there. This park is high in elevation so plan ahead. We camped there on Memorial weekend and dealt with a bit of snow. The trails run from easy to difficult. My almost-eighty-year-old grandparents were on four-wheelers but there was also terrain for someone with my bad skills.

Speaking of those skills, sticky mud makes for tough conditions and I blame that on my crash. Totally locked my tires and rolled me over. The best part is that my dad actually made fun of me for wearing a helmet that morning. Thanks, Dad.

If you go on Memorial you stand a good chance of running into some of my family, just not me because after the crash, breaking down, and running out of gas; I’ve taken a break from four-wheeling until I get a good bike and training.