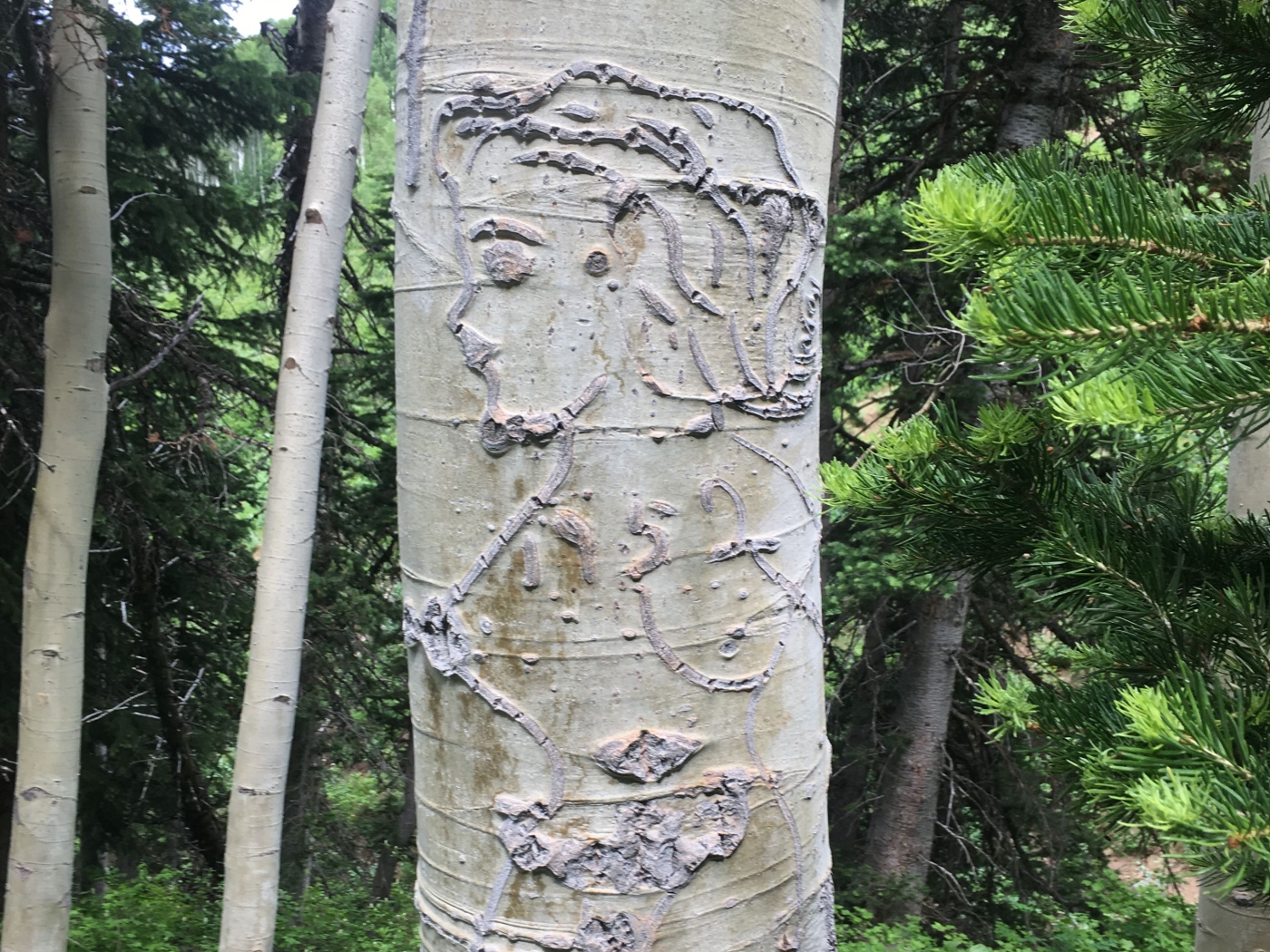 One drizzly summer day, my friend and I hiked a lovely and lonely trail in the Wasatch Mountains of Utah. The only person we ran into on the way down was an old man still spritely making his way up. We stopped to talk—always eager to share and learn tips of the trail.

“Have you heard of arborglyphs,” he asked us.

We shook our head no. He proceeded to give us a brief lesson in one of the most interesting bits of history I’ve learned about the mountains and very vague instructions on where to find one.

The Basque people hail from the Pyrenees mountains straddling France and Spain—yet they are neither French nor Spanish. They are distinct people who are believed to be the oldest indigenous group in Europe. Like many, they sought their fortunes in America during the nineteenth century with many settling on sheep herding as a way of life.

This group of people wasn’t much for journal writing or record keeping, but they kept their own records of their lives in intricate tree carvings. Some messages were personal, others political, and some like the below downright risque.

Apparently these young men were a lonely bunch who liked to remember their favorite prostitutes in all their naked glory.

Most of the carvings are found in the Great Basin Region in Nevada with some in Oregon, California, and Idaho. They are more rare in the Rocky Mountains, making this find in Utah truly remarkable. Like much of the Old West, these carvings are rapidly disappearing as the Aspen trees only live so long.

You might ask me where you could find this amazing glance back in history, but I might not tell you. To protect this tree for as long as possible, I won’t post its whereabouts online. However, if you ever find yourself in Utah, I’d be happy to hike up with some discrete hikers—that is if I can find it again. The old man’s instructions were quite vague. Turn at the rocks where the trees are. Apparently there are two arborglyphs, but we only ever found the one.

May you one day stumble onto an old man with glorious stories to tell.

For a an outdoor adventure without ever having to get out, check out the Lost Gorge Mystery series!

8 thoughts on “The Wondrous Tree Carvings of the Lonely Basque”